This report confirms the presence of the Spangled Cotinga (Cotinga cayana) and the Chestnut-crested Cotinga (Ampelion rufaxilla) in Arena Blanca Reserve, in the buffer zone of the Alto Mayo Protected Forest, province of Rioja, in the San Martin region.

Spangled Cotinga is a rare but widely distributed species in the Amazon, under 800 masl or locally up to 1350 masl, mostly found on dry land away from seasonally flooded forests.

In the case of the Chestnut-crested Cotinga, it is rare along the Andean slope from 1700 to 2800 masl and is more linked to continuous humid mountain forest.

Both species were recorded on September 24, 2020, and is described below: The records were made in the Arena Blanca Reserve, at 1150 masl, which is one of the main birding sites in the San Martin region, and on the Northern Peru Birding Route.

The report confirms the first records of these species in the Arena Blanca Reserve, and adds to the few records in Alto Mayo Protected Forest and its buffer zone. It also determines that the Chestnut-crested Cotinga can be observed at altitudes lower than those indicated in the Birds of Peru book. 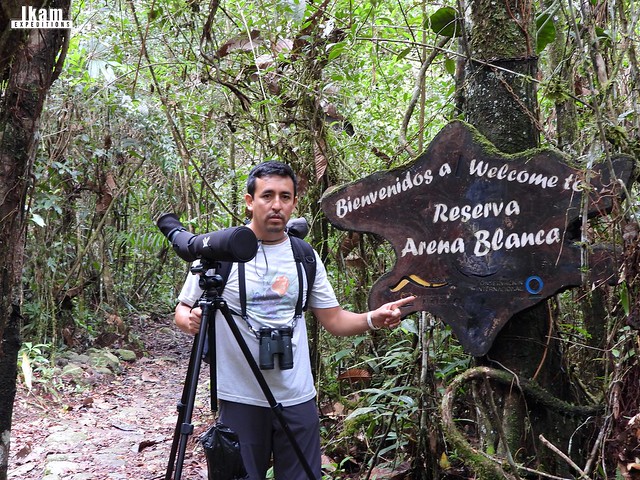