Voices of the Forest, the series that promotes wildlife observation and the stories of those who work to preserve it

With funding from Turismo Emprende program of the Ministry of Foreign Trade and Tourism, the ecotourism company Ikam Expeditions presents the audiovisual series “Voices of the Forest”, which shows incredible expeditions in search of unique wildlife species in northern Peru.

The first season of the digital series has 5 chapters:

The presentation event and projection of the digital series was on Tuesday, July 20 at 4 pm and 5 pm respectively, on Facebook Live of Ikam Expeditions, Bosque de Protección Alto Mayo and Conservation International.

In this first season, the focus of attraction is on the wild species of Alto Mayo, in the department of San Martin; and nearby natural areas such as Abra Patricia and Huembo, in the department of Amazonas. During the series, viewers will observe species such as the Marvelous Spatuletail, Wire-crested Thorntail, Rufous-crested Coquette, Long-whiskered Owlet, Ochre-fronted Antpitta, Rufous-breasted Wood-Quail, Painted Manakin and San Martin Titi Monkey and the Red Howler Monkey.

It should be mentioned that all the natural sites featured in the series are dedicated to nature conservation. Such is the case of the Morro de Calzada and the Tingana Natural Reserve, in the province of Moyobamba; the Arena Blanca Reserve, La Llantería and Sendero Royal that are part of the Alto Mayo Protected Forest, a protected natural area administered and managed by the National Service of Natural Protected Areas by the State (Sernanp) together with its partner Conservation International. The Fundo Alto Nieva is also part of this exhibit.

In addition, expeditions were also carried out in the Abra Patricia and Huembo conservation areas, which are managed by the NGO Ecosistemas Andinos (ECOAN).

Wildlife watching generates economic and social benefits for populations dedicated to the conservation of natural areas. In addition, according to SEOBirdlife (2017), it produces various benefits for the physical and mental health of those who practice this activity, such as, for example, reducing anxiety and depression, expanding observation, reasoning and analysis skills, and reducing the risks of contracting respiratory diseases and low attention and hyperactivity disorders.

According to researcher Manuel A. Plenge, by 2021, Peru will have registered 1876 bird species, making it one of the countries with the largest bird registry in the world.

For these reasons, the ecotourism company Ikam Expeditions invites you to participate as a viewer of this audiovisual series so you can witness the wonderful biodiversity of our country. 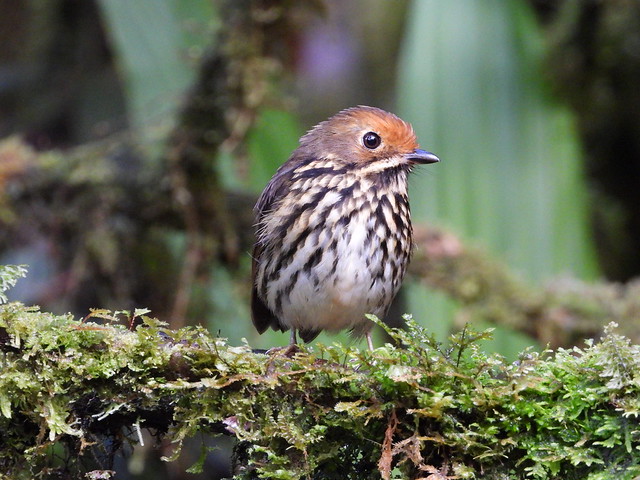 Images of digital series Voices of the forest Hummingbirds are very representative birds of Arena Blanca Reserve because a few years ago the reserve has been...