Hummingbirds are very representative birds of Arena Blanca Reserve because a few years ago the reserve has been offering to birdwatchers a hummingbird observatory that includes a large garden with different species of flowers and feeders which allows observing and photographing several hummingbird species.

Hummingbirds are a family that only inhabits the Americas, mainly in the tropical zone, and are the smallest birds in the world, weighing between 2 to 20 grams, with long, narrow beaks and small wings (Smithsonian’s National Zoo & Conservation Biology Institute, n.a.).

Their flight is also exceptional, as they are the only vertebrates capable of flotation, as well as flying backwards and upside down, they have high maneuverability, speed, and endurance. The colors and shapes of their feathers stand out for their brightness and metallic coloration, which changes according to the reflection of light, usually males are the most colorful with more striking shapes, due in part to sexual dimorphism (Smithsonian’s National Zoo & Conservation Biology Institute, n.a.).

Compared to humans, they have a heart 5 times larger in proportion to their body, breathe 20 times more and have a temperature 8 degrees higher. Because of this lifestyle, they require constant feeding throughout the day, with a diet of nectar and flying insects (Audubon, n.a.).

In addition, a hummingbird’s heart can beat 225 times per minute at rest and more than 1200 times per minute in flight; its wings beat approximately 70 to 200 times per second. While sleeping, hummingbirds can enter dormancy, which is a very deep state of inactivity where metabolic functions are reduced to a minimum and a very low body temperature is maintained; this occurs when temperature and feeding conditions demand it (Smithsonian’s National Zoo & Conservation Biology Institute, n.a.).

In Peru, 127 species of hummingbirds have been identified (Plenge, 2022) of the 340 that exist in the world (Smithsonian National Institute of Zoology and Conservation Biology, n.a.) and more than 50% of them can be observed in the Northern Peru Birding Route, especially between the regions of San Martin and Amazonas, where there are reports of more than 50 species. 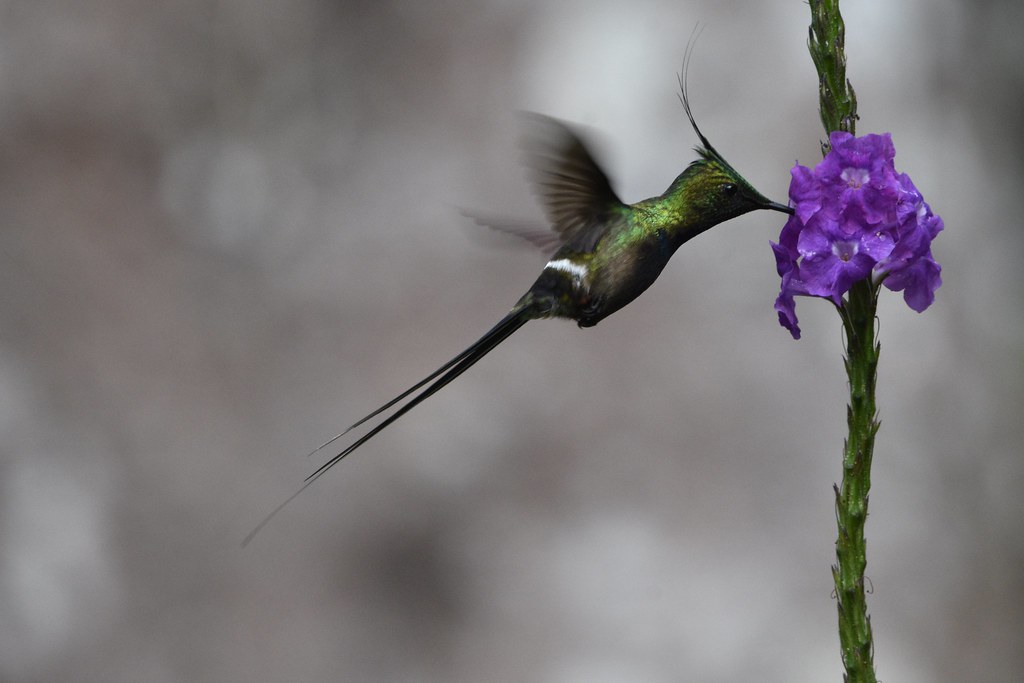 In addition to the constant work of the Reserva Arena Blanca staff in maintaining the garden, a basic monitoring system has been implemented to adequately determine the records and behavior of hummingbirds in the Reserve, and all of this will allow for a better observation and photographing experience of these particular species.