Discover the adventure seeking of Scarlet-banded Barbet (Capito wallacei) and Cordillera Azul Antbird (Myrmoderus eowilsoni), emblematic species of Peru, because they are endemic and recently discovered in the area. Cover of Birds of Peru book

Scarlet-banded Barbet is an emblematic species of Peru, discovered in 1996, endemic and declared vulnerable by the IUCN (O’Neill, Lane, Kratter, Capparella & Fox, 2000).

The species is a symbol of the book Birds of Peru. It also has a very restricted distribution, in the surroundings of the Cordillera Azul National Park, between the departments of Loreto and San Martin (Avibase, sf.).

In addition, it is distinguished by the color combination of its plumage, which is red, white, yellow and black.

Meanwhile, the Cordillera Azul Antbird was discovered in 2016, also in the area surrounding the Cordillera Azul National Park, in the department of San Martin. There is still little data on its status and population. The color of this species is mainly brown, with some darker details and small white stripes (Sierra, Y., 2018).

How to get there?

The destination of the expedition to observe these emblematic species is the town called Flor de Café or Plataforma, which is located in the district of Alto Biabo, province of Bellavista, south of the department of San Martin, which is a small coffee growing town, located in the buffer zone of the Cordillera Azul National Park, in a Premontane Tropical rainforest with a very rainy climate.

Departure date was July 2019; the meeting point and start of the expedition was the city of Tarapoto, from where we left at 5:20 am to the city of Bellavista, and arrived at approximately 7:30 am. Then, we had to take a transport service in a 4×4 vehicle, because the road is very deteriorated and we arrived at Plataforma around 4:30 pm.

Although the trip from Bellavista to Plataforma is approximately 90 km, the travel time is between 7 to 10 hours, depending on how bad the road is.

Once in Plataforma, we settled in at the Capito lodge run by Eugenio Vallejos, who receives most of the birding groups that come to the area.

After settling in, we set off in search of the Scarlet-banded Barbet; that afternoon, unfortunately we did not succeed in seeing the species, but we did observe the Foothill Screech-Owl (Megascops roraimae).

On day 2, we started out very early in search of the Barbet, the main priority of the trip. After several hours of waiting and frustration because it did not appear, apparently due to windy weather, the Barbet was spotted. The bird was flying and perching very high, which prevented us from taking good pictures, however, the main objective of the trip was achieved.

We returned to the lodge for lunch and then headed to the Cordillera Azul Antbird area, it was already a little late but we were able to observe the species, take some photos and videos, and return again in the dark to get rest.

On day 3, we had planned to return in the morning to take better photos and videos of both species; however, the weather was not kind to us, it was raining all day, and all activities were cancelled. In addition to this, we were informed that the transportation services were cancelled. Because of this, we had to hire a mule load service to transport our luggage to the next town with vehicular access and to walk to the same place.

Day 4, started at 6:00 am, walking and birding along the way. We were able to observe mixed bands, toucans, macaws, among others.We arrived approximately at noon at the stop, where we took our transportation, to return to Bellavista and then to Tarapoto, where our expedition ended. 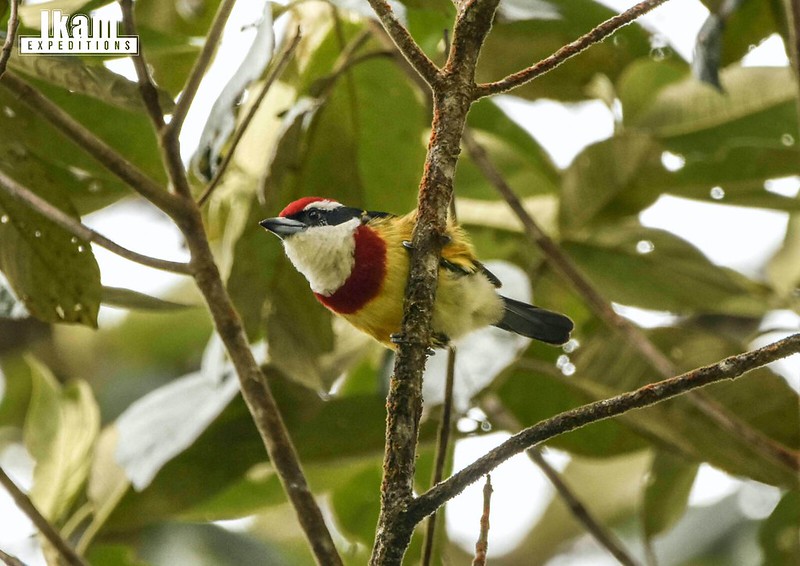 Deforestation high level in the locality and along the entire route is very high. Bad agricultural practices, mainly to plant coffee, are affecting the habitat of these species and others that depend on the ecosystem.

The observation of unique birds is an unforgettable experience and also allows us to consider the extent of our impacts and all the work we must do as a society to protect our biodiversity.

In this particular case, the challenge is to increase agricultural productivity without affecting more areas that preserve forests and the species that live there.