The Arena Blanca Reserve located in the buffer zone of the Alto Mayo Protected Forest is recognized for their diversity of bird species and the services to facilitate their observation; as part of this process, observatories of Tanagers, very colorful and representative species of the tropical Andes, have been implemented.

Tanagers belong to a very large family of America that has 308 species in South America, most associated with the tropical forests of that continent; as a family it is very heterogeneous with only a few very distinguished groups with similar structure, color patterns, plumage, among other characteristics (Ber van Perlo, 2016).

Most tanagers are very colorful and they have sexual dimorphism (males have more striking colors and shapes). These species are found in all tropical habitats and in general are limited singers. Most tanagers feed on fruits, and as a supplement they consume insects; honeycreepers and flowerpiercers; they also consume nectar and honey (Ber van Perlo, 2016).

The main tanager groups are:

According to the list of birds of Peru (Plenge, 2022), there are 190 species of tanagers and in the Arena Blanca Reserve up to 61 species of this family were recorded (Ebird, n.d.).

In this sense, Norbil Becerra, manager of the Reserve, installed tanager observatories, by implementing a feeder and planting fruit trees preferred by the species, such as renacos and miconias, among others. Since these observatories opened in 2022, the following tanager species and species from other families have been recorded in photographs and videos. 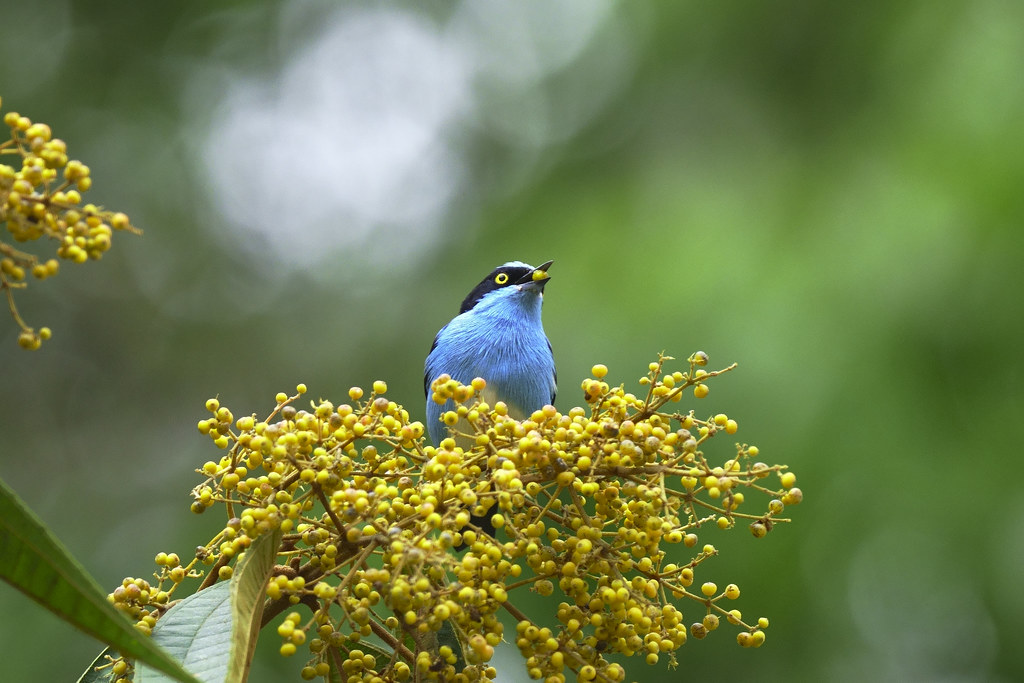