The Arena Blanca Reserve is an ideal place for bird watching and photography, however, through the monitoring we have initiated, other species of fauna have been recorded, which demonstrates the effectiveness of the conservation actions taken there.

Description of the project

Arena Blanca Reserve and Ikam Expeditions have signed a cooperation agreement, where one of the actions is to monitor wildlife species to check the natural condition of the forest and report new species reports to the different interested people.

In this context, wildlife monitoring has begun using camera traps, which have been installed in observatories, where mainly bird species are already being recorded. The idea of installing the cameras is to know the total number of species that arrive at the site, their frequency and times of appearance.

This first record had the following characteristics: 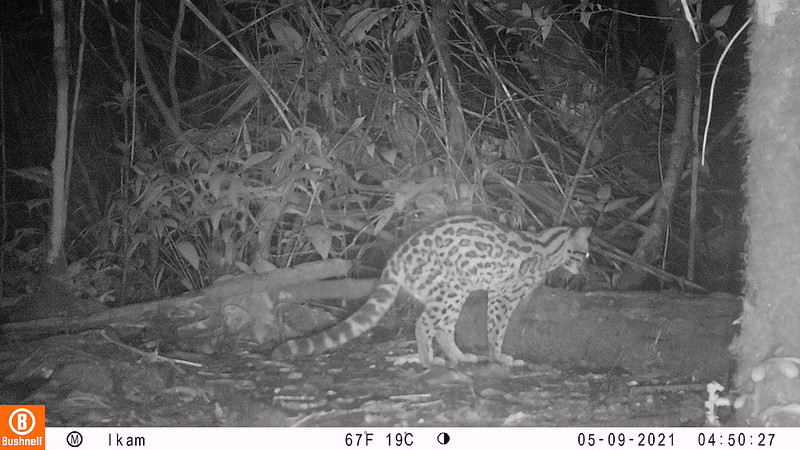 Number of records of species